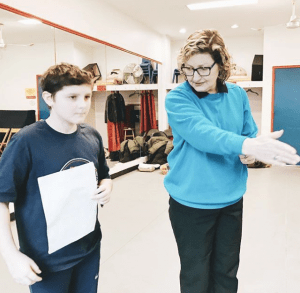 Mimi coaches children and adults of all ages (starting with babies).

Mimi also specializes in dialect correction, specific accents for roles, and coaches for auditions as well as during the rehearsal process.

Another specialty is coaching to meet with agents and managers including what to wear, what to say, how to read cold copy, recommendations of photographers, resume advice, choosing head shot and comp. card photographs, as well as guiding people to the right agent and/or manager.

Coaching is always arranged at a mutually convenient time and location.

Please phone or email to arrange your next private coaching session.