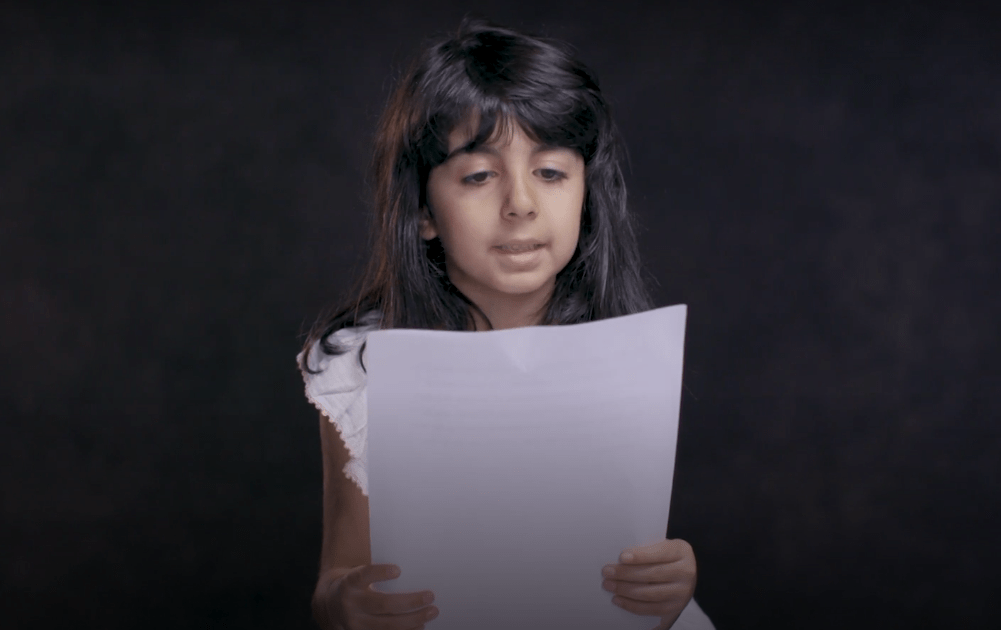 In the video Op-Ed above, children including eleven students from The Children’s Acting Academy, read testimonies given by young migrants detained in Customs and Border Protection facilities. They reveal harrowing stories of children living in cages, going hungry and tending to infants without their parents.

Border Patrol has been detaining thousands of children, sometimes for weeks, in conditions no child anywhere should suffer. At a June hearing before a federal appeals court, judges were stunned by the administration’s arguments that these children were kept in “safe and sanitary” facilities, as required by the Flores Settlement.

The overcrowding, long stays and inhumane, possibly illegal living conditions are a result of the Trump administration’s cruel immigration policies and mismanagement of the Department of Homeland Security, which oversees the border agency.

Barring exceptional circumstances, the legal limit for Border Patrol to detain children is 72 hours. The agency is then supposed to transfer children to the custody of the Office of Refugee Resettlement for a maximum of 20 days. But the resettlement office has been keeping children far longer, creating a backlog across the entire system. As a result, Border Patrol centers have not been quickly processing unaccompanied children and migrant families, who have recently been crossing the border in record-breaking numbers.